Study Shows Tick Expansion in US

In an article published in the Journal of Entomology, authors looked at the incidence of blacklegged ticks across counties in the US and compared the number in 2015 with those previously reported in 1998.  According to the authors, there is a 44.7% increase in the number of counties with ticks in 2015 over the number reported in 1998. The majority of the changes occurred in the Northeastern and North Central United States. This study is important because it shows the migration of the ticks causing a number of illnesses.  Tick vigilance is becoming increasingly important even in areas where none were thought to exist.  To look at this information by county, see the journal article.  The graph, taken from the article shows the difference in time periods and the migration of the ticks. 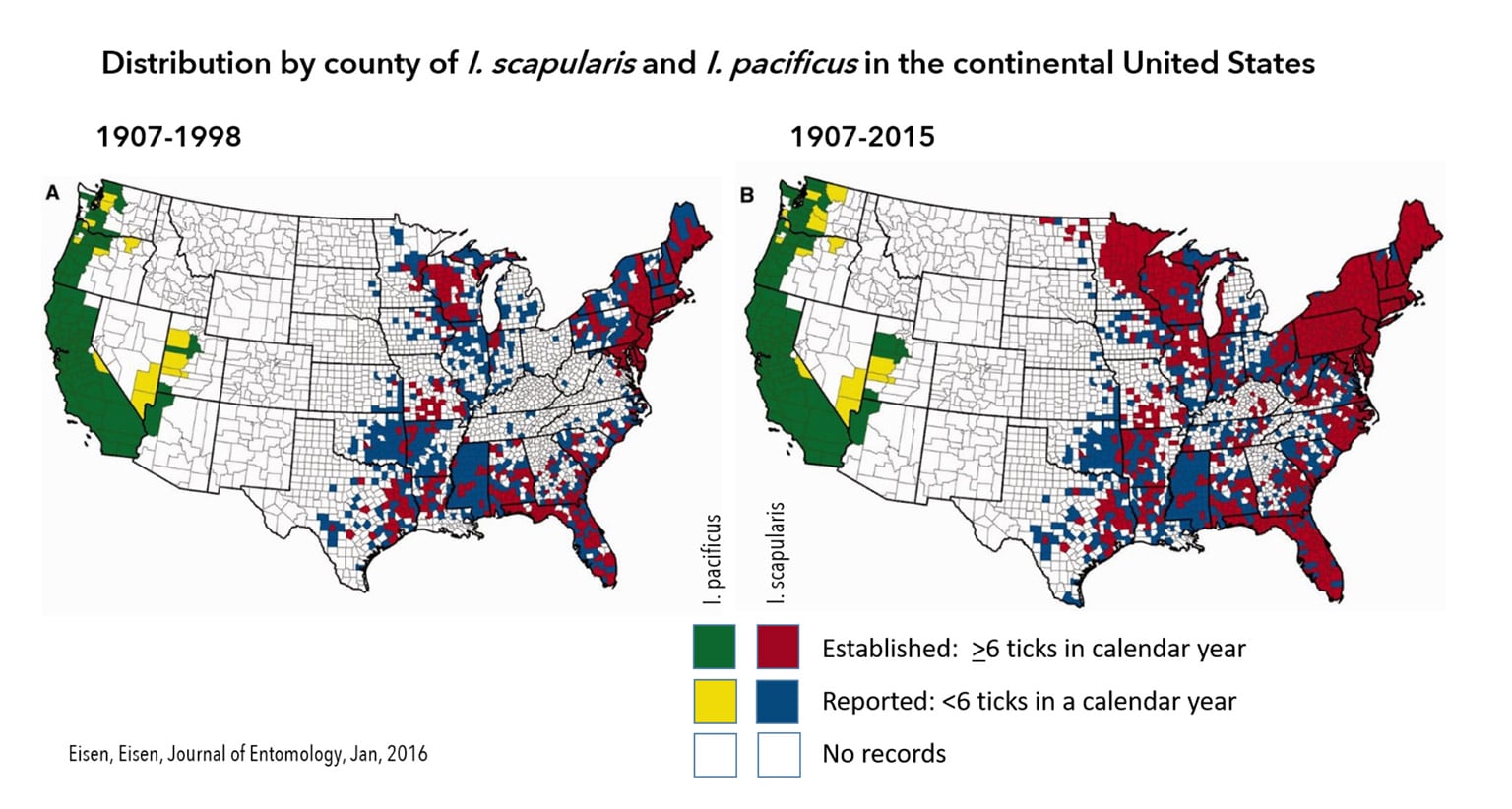