Most Common Tick-borne Diseases in U.S.

Coppe Laboratories’ Arthropod-Borne Disease Panel detects 98% of the most common arthropod-borne infections in the U.S.

Deer ticks (“black-legged”, I. scapularis) and mosquitos are responsible for transmitting the most common arthropod-borne infections in the U.S. Arthropods can carry and transmit bacteria, viruses, and parasites to humans. Co-infection is not uncommon.

In 2018, Coppe Laboratories conducted a collaborative study with Gunderson Health System, which showed a 16% rate of co-infection among those with suspected tick-borne infection. Additionally, symptoms were overlapping.

Clinical diagnosis is necessary to identify what pathogens have been transmitted in order to prescribe appropriate treatment.

Powassan Virus (POWV), also known as Deer Tick Virus (DTV), is a member of the same family of viruses as West Nile Virus, Dengue Fever, Zika, and Hepatitis C. and is found mostly in the northeast United States as well as the Great Lakes area.

Symptoms of POWV infection are very similar to those of Lyme disease, but reportedly can be more severe. The Powassan virus attacks the nervous system and can cause encephalitis or meningitis. Serious infections can result in muscle weakness, headache, confusion and even seizures. Ten percent of POWV encephalitis infections are fatal. Long-term neurologic effects that mimic those of Post-Treatment Lyme Disease Syndrome (PTLDS) have been reported. 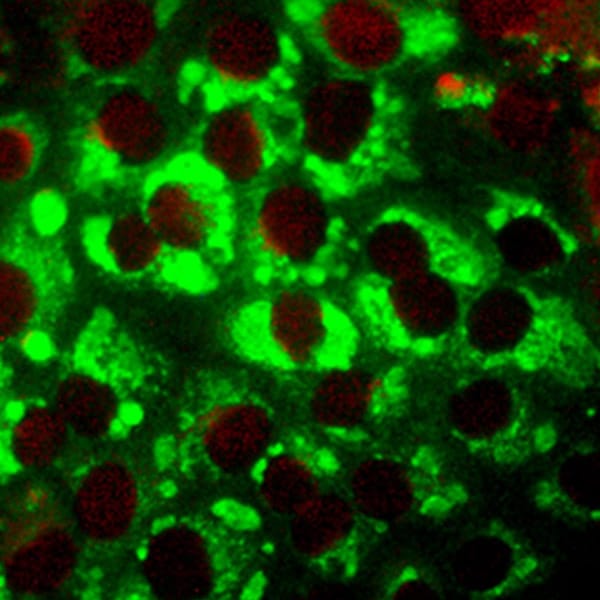 Through our research, we were first to identify that the tickborne flavivirus Powassan/Deer Tick (POWV/DTV) Virus can commonly be found as a co-pathogen in ticks infected with Lyme disease borrelia with evidence that both the Lyme borrelia and POWV/DTV can be concurrently transmitted to humans from the bite of the deer tick I. scapularis.

Development and Validation of a Serologic Test Panel for Detection of Powassan Virus Infection in U.S. Patients in Regions Where Lyme Disease is Endemic
January 2018, mSphere

West Nile Virus (WNV) is a member of the Flaviviridae family and is transmitted by an infected mosquito. This group of viruses includes the familiar Zika virus, Dengue Fever, Powassan virus, Hepatitis C and tick-borne encephalitis viruses (TBEV). Symptoms can include fever, headache, muscle weakness, confusion, and seizures.

POWV (#3008) + WNV (#5000)
As Powassan Virus and West Nile Virus are from the same family group (Flaviviridae), chronic neurological symptoms can present themselves similarly.If a tick bite is not confirmed, pairing these two tests on an order may aid in diagnosis for the patient presenting with chronic symptoms who has previously been tested for Lyme and other co-infections.

Anaplasmosis, previously known as Human Granulocytic Ehrlichiosis (HGE), is caused by the bacterium Anaplasmaphagocytophilum. Clinical symptoms can be non-specific, but typically include headaches, fever, chills, malaise and muscle aches. Without laboratory testing, the disease can be impossible to distinguish from Lyme disease, Ehrlichiosis, and other tick-borne illnesses.

Babesiosis is commonly caused by the parasite Babesia microtiand less frequently by the closely related Babesia duncani. While the severity of Babesia infections can vary, most individuals present with flu-like symptom such as irregular fevers, chills, headache, nausea, body aches and fatigue.In severe cases, the disease can cause hemolytic anemiaas the parasites infect and destroy red blood cells. Antibiotics alone will not treat Babesia, and the disease can be life-threatening in immunocompromised patients.

Lyme disease is caused by the bacterium Borrelia burgdorferi. It is the most common vector-borne disease in the United States spread to humans through the bite of an infected deer tick, (blacklegged tick, Ixodes scapularis). Symptoms can include fever, muscle aches, fatigue, and joint pain. This bacterial infection is commonly treated with a prescribed course of antibiotics.

Coppe Laboratories’ confirmatory immunoblot takes the guess work out of result interpretation. Computer-generated and semi-quantitative, the immunoblot reports specific bands and optical density as illustrated below.