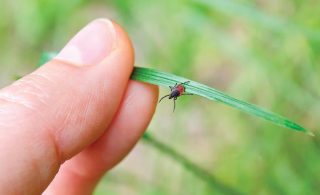 Dr. Knox, CEO of Coppe Laboratories, was interviewed by reporter, Cynthia McCormick of the Cape Cod Times for an article published Sunday, August 14, 2016 (full article here). In her interview, Dr. Knox reported a 10.4% incidence of Powassan virus in clinical samples from several sites in Wisconsin.  The study was the collaborative work of the Marshfield Clinic (WI), the Medical College of Wisconsin and the New York State Department of Health. Powassan virus was found as a co-infection with Lyme disease bacteria, as well as in samples that were Lyme negative. Dr. Knox linked the virus to symptoms that are often associated with Lyme disease.  The interview was prompted by a recent Cape Cod Times article that cited an increase in Powassan virus in Massachusetts and New Hampshire.  According to that article there were two deaths and two individuals who are still suffering from neurological symptoms.  Read that article here.